It is assumed that you have Python, NumPy, and Matplotlib installed. If not, you can find many instructions around the web for installing these.

Python is a scripting language, while Numpy and Matplotlib are Python modules (or libraries) for scientific computing and plotting respectively. This is not a guide specificly on using these libraries — although, they are great, and you should try them out in more detail.

f2py is a command line utility that is included with Numpy that converts files containing Fortran subroutines or modules into Python modules. This allows you to code your numerical routines in Fortran, while allowing Python scripts to “drive” the main program for plotting, etc. You can find more detail about f2py by reading its User guide and reference manual.

As an example, we will

Let’s assume we have a file, my_lib.f90, containing one or more Fortran subroutines that looks like the following:

This subroutine has 3 special comments that start with !f2py:

Compiling the Fortran file to a Python module

From the command line where the file is present, run

A new file is produced, my_lib.so, which can be imported into Python.

Testing the routine from a Python script

Let’s take a square image stored as a text file, and test our routine. Write a file, main.py, containing:

And run it from the command line:

If successful, you should see both the original and thresholded image displayed as well as a the line “Hello from the Fortran subroutine!” printed. 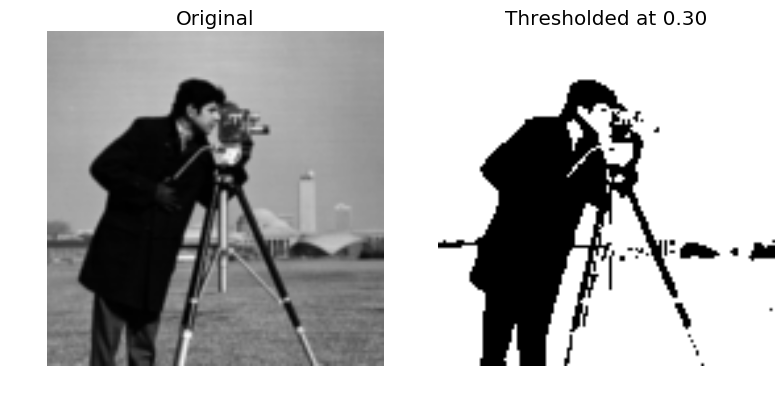